The "Displacers" series is a completed five-part time travel series.

Sam Vives is a teenager, on the cusp of adulthood. He lives in Barcelona with his parents and young sister.
He is normal in every way, or so he believes, until one day something happens to change his life and he finds out that he can travel through time.

Book 1
The Pirates Heir is where it all begins, as Sam unexpectedly finds himself on a pirate ship in the Caribbean, in a fight for his life from the first moment.


At first he thinks it's all just a good bit of fun, but soon things take a turn for the worse.

(For the map of Port Royal harbour mentioned in the book look HERE!) 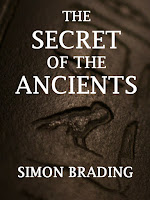 Book 2
Sam starts his training as a "Displacer", finding out what it truly means to be able to travel through time, its delights and its peril. It is not just the series of adventures he had hoped it would be.

Book 4
The Illuminati are wealthy beyond measure, but setbacks at the hands of the Displacers have robbed them of some of their looted treasures. Even though barely a dent has been put in their fortune, the Master is not satisfied, and he gives Quentin the job of increasing their wealth.
As always Sam has been tasked with stopping him.
But, while Sam and Rachel work to thwart Quentin, there is the threat of the Master's new plan looming over them, along with his promise to destroy the Displacers once and for all.

Book 5
After the events at Easter, Sam Vives is in a very dark place. He rejects his friends and family, in an attempt to protect them and goes about finding the path to vengeance, looking for an opportunity to destroy the Illuminati once and for all.


The final book of the five part “Displacers” series.

Literally means "to fight with real swords".
Basically a fancy way of saying what my Grandfather always said to me - "if you're going to be a (insert job name) be a bloody good one."

Live to the best of your abilities.